The emotional side of Eating Disorders - Part I 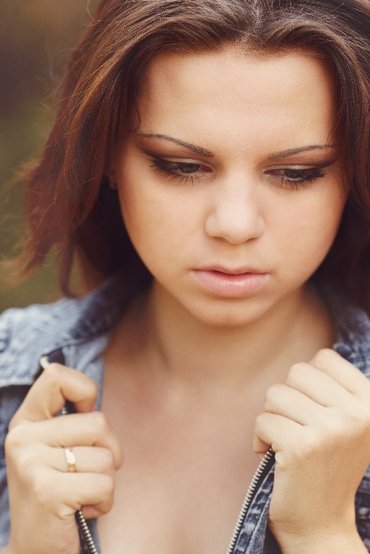 One of the most important realisations that I reached, from the very early days of my involvement in the therapy and healing world, was that, in our culture, we are never taught how to deal with our emotions. As we grow up, we are encouraged to become good children, good students, good professionals, and we are shown very specific ways to achieve those states, but no one ever tells us what to do with those very intimate, particularly powerful and potentially overwhelming signals from our body, mind and heart.

For most of us, our ignorance around how to deal with painful emotions originates from our childhood and the way our parents treated our emotional expressions through their own ignorance, inherited by their own parents. Most of us have heard phrases like ‘good girls/boys don’t cry’, ‘there is no –rational- reason for you to feel this way’, ‘you need to be strong at all times’, ‘just pull yourself together and move on’, etc. And even though there is no doubt that, most times, all those responses are given with the best intentions, nevertheless, the underlying message is one: It is not okay to feel the way you do.

As we grow up, this attitude towards emotions gets all the more enhanced, while we are being exposed to our modern, goal-driven, success-oriented world’s perception of negative emotional states as obstacles and as deviations from constantly being ‘on the go’, running after something, pursuing or accumulating more and more…

This basic belief lies at the very core of many emotional and mental health issues that might develop later in life, including eating disorders. Depending on one’s upbringing and life experiences, emotions often get labelled as bad, signs of weakness, neediness, unworthiness, etc. These are not rational, neither conscious beliefs, but they are very deeply ingrained in one’s value system and indirectly dictate how emotions will be dealt –or not dealt- with.

Food, being so closely associated with feelings of love and care since infancy, is one of the most common ‘refuges’ people turn to, when facing challenging emotions –hence the term ‘emotional or comfort eating’ (or not eating). Having not developed appropriate skills for taking care of their emotional needs, people who face issues with food and body have great difficulty in identifying, acknowledging and containing emotions. So when they experience any, they use or abuse food, as a way to escape from a reality they do not know how to handle.

In the several manifestations of eating disorders/disordered eating, food is used in different ways as an emotion-regulation strategy.

In typical and atypical cases of anorexia nervosa, painful emotions are translated into ‘fat feelings’, which basically means that, instead of identifying, admitting and fully experiencing one’s emotional state and, subsequently, providing or reaching for the appropriate support, the unacceptable emotions are being ‘projected’ onto the body and experienced as fat/excess weight. That way, the inability to tolerate emotions turns into an inability to tolerate one’s own body, and the need for support, holding and comfort becomes replaced by the need to lose weight. People who tend to restrict their food intake, will resort to starvation or over-exercise, in an attempt to ‘get rid of’, ‘burn’ or ‘emaciate’ their emotions, through emaciating their bodies that have symbolically become the displaced enemy.

When binge-eating is part of the problem, the mechanical, compulsive consumption of large quantities of food takes the place of restriction in the attempt to regulate one’s emotions and, ultimately, to self-medicate. In these cases, the act of eating itself is used in order to run away from the challenging experience and to check out emotionally. Eating in such a quick and unconscious way serves to distract one’s attention from what is actually going on inside their hearts and bodies, and creates a trance-like state of consciousness, otherwise known as ‘dissociation’ or ‘impasse’.

On a symbolic level, it is the raving emotions and the unmet, unacknowledged needs that are being ‘swallowed’, ‘stuffed down’ inside the body and denied a way out. At the same time, food becomes a substitute for all that is missing; love, support, care, physical/emotional/spiritual nourishment. Eating makes us feel ‘full’, both physically, but most importantly emotionally. This positive experience though does not last for long…

Bingeing itself, though initially being used as a relief to emotional pain, only ends up causing more of it. Shame, guilt and self-contempt follow each episode of losing oneself in food, but since the person has no other available resources, they are destined to repeat the same behavior, so as to derive a nonetheless temporary comfort. Food has thus become both one’s closest friend and their most dreadful enemy.

Bulimia nervosa, on the other hand, combines restrictive and excessive elements with regard to food and eating. Binge episodes serve the same purpose of blocking and zoning out of one’s emotional experience. However, in this case, the subsequent guilt and shame are dealt with in a ‘discharging’ rather than an ‘overloading’ way; that is, by resorting to purging, laxative intake and/or extreme food restriction or excess exercise. Bulimia sufferers engage in continuous, often extreme dieting, in an attempt to neglect their emotions just like they neglect food. However, when they cannot maintain their rigid control any more, they give in to their needs and allow food, with all its symbolic meaning, to enter and fill their bodies. Fullness though, cannot be tolerated and a return to a worshipped emptiness is desperately sought after, accompanied by the illusion of getting rid of one’s inner ‘contents’ and getting back to a pure, emotion-less, need-less state of being.

As has become obvious, food in eating disorders carries a whole lot of different meanings and is used in a variety of ways as an emotion regulating mechanism; with running away, blocking, swallowing, numbing, nurturing, caring, metaphorically feeding being only a few of the roles it is called to play. The problem here is that those food-based coping strategies ultimately fail to provide authentic support and fulfillment of the underlying emotional needs and lasting relief from the suffering; on the contrary, they create more pain than that, which they are supposed to alleviate and perpetuate a cycle of shame, self-neglect and alienation from oneself and others.

So, how do we break that cycle and how do we create and establish alternative, effective and healthy ways of handling our emotional experience with acceptance and resilience? And, more specifically, how can therapy initiate, assist and enhance this process?

For the second part of this article, please click here.